Advanced Transport Research (A-T-R) is a traffic data collection company with an excess of 25 years of experience within the industry. A-T-R carries out traffic, noise and pollution surveys for individuals and organisations across the UK, using precision monitoring equipment installed and tested by CSCS, NRSWA and LANTRA 12D accredited technicians.

A-T-R have been working with Cambridge University Hospitals NHS Foundation Trust since 2011 on their annual traffic, parking and person survey at the Cambridge Biomedical Campus. Spanning 70 hectares at the southern edge of the city of Cambridge, the Addenbrookes Hospital Masterplan will have a population equivalent to a small town and a structure of streets, squares and gardens. With a landscape-led approach, two stages of development will thread a series of new high specification office and laboratory buildings between a string of green, shared spaces.

The traffic, parking and person survey has been conducted annually since 1993 with the results being used to assess: 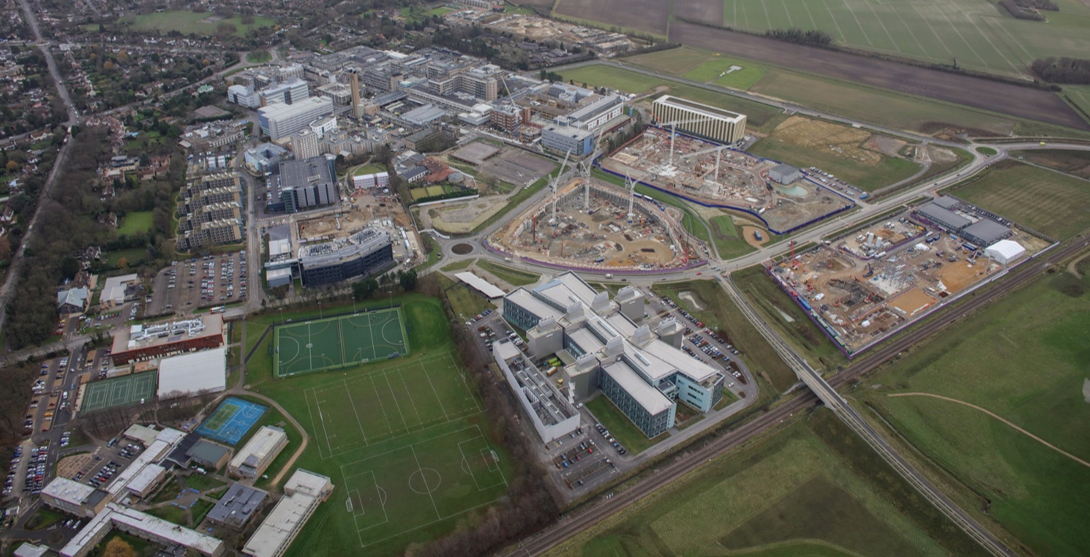 "Offering visual representations as well as reducing data turnaround times with automated analysis via GoodVision, has been a substantial benefit to our clients."

One of the research elements of this survey was to assess the modal shift potential from car to cycle/walking and public transport for staff, patients and visitors. Achieving this transport mode shift is now a priority, with strong community health benefits extending beyond reduced carbon emissions.

During the analysis phase, all key objectives of the study were addressed, video footage from all locations were uploaded to the GoodVision platform, which processed the traffic data within one hour after upload. This method of obtaining data allowed analysts at A-T-R to apply advanced filters which the platform offers, to create visual representations of the change in flows, route of travel and modal split between vehicles, people and cycles at all 55 locations. A-T-R have continued to investigate the trends, modal shift and distribution of vehicles, people and cycles around the Campus. Below are some examples of the outputs compiled for this ever-growing project.

Figures below demonstrate the volumes of vehicles traveling out of the hospital grounds and the campus between 15:00 – 19:00. You can also see that there are vehicles arriving and entering the hospital during these periods, but as expected the volumes are significantly lower. The video footage can also be analysed to show the visual distribution of the classes of vehicle entering/exiting the campus. GoodVision offer up to eight classes (Car, Van (LGV), Truck (HGV), Motorcycle, Bus, Person, Cycle, and Animal). 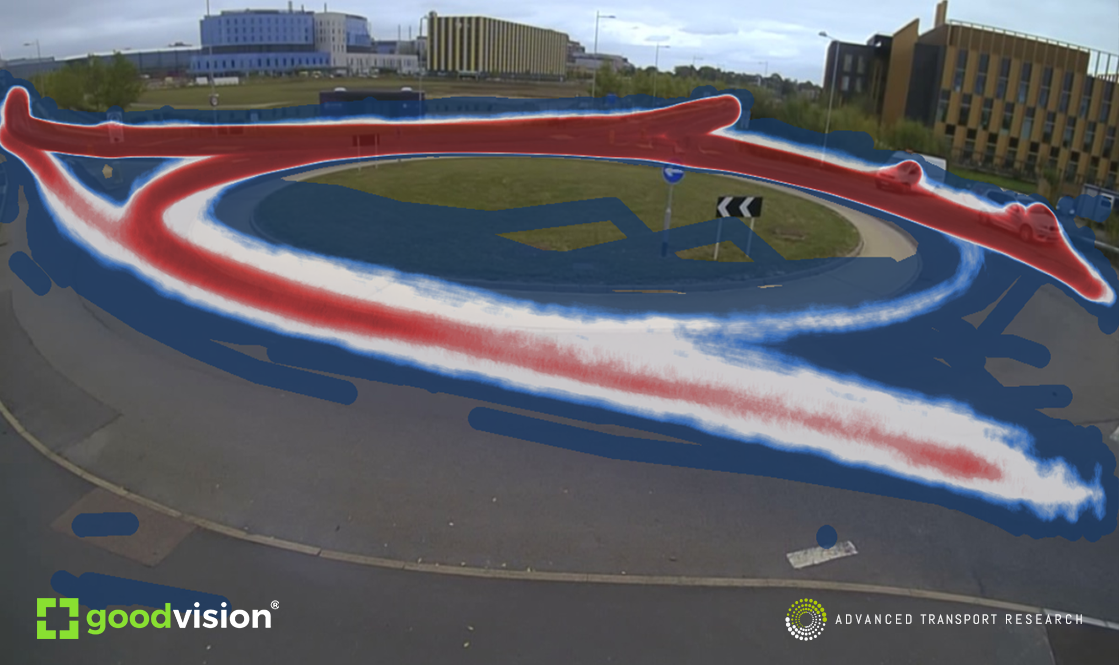 From the distribution of vehicles, it is clear to see that cars are the dominant in terms of volumes, distribution and direction of travel, which is to be expected. 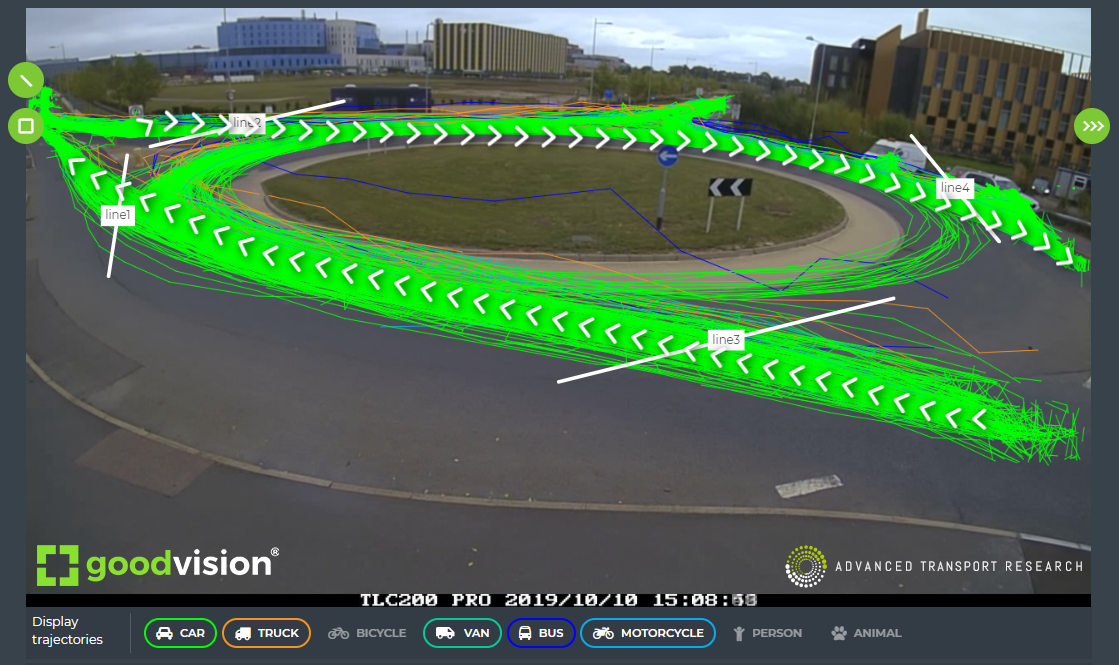 This visual representation can be filtered to show any class within seconds, either combined or singularly, enabling a greater understanding of the patterns of traffic using the campus. All major traffic movements on the roundabout were defined within the GoodVision platform by using origin and destination markers – this allows for entry to exit combinations by counting across lines. Each individual movement provided modal traffic counts and visual distribution, volume and class information. 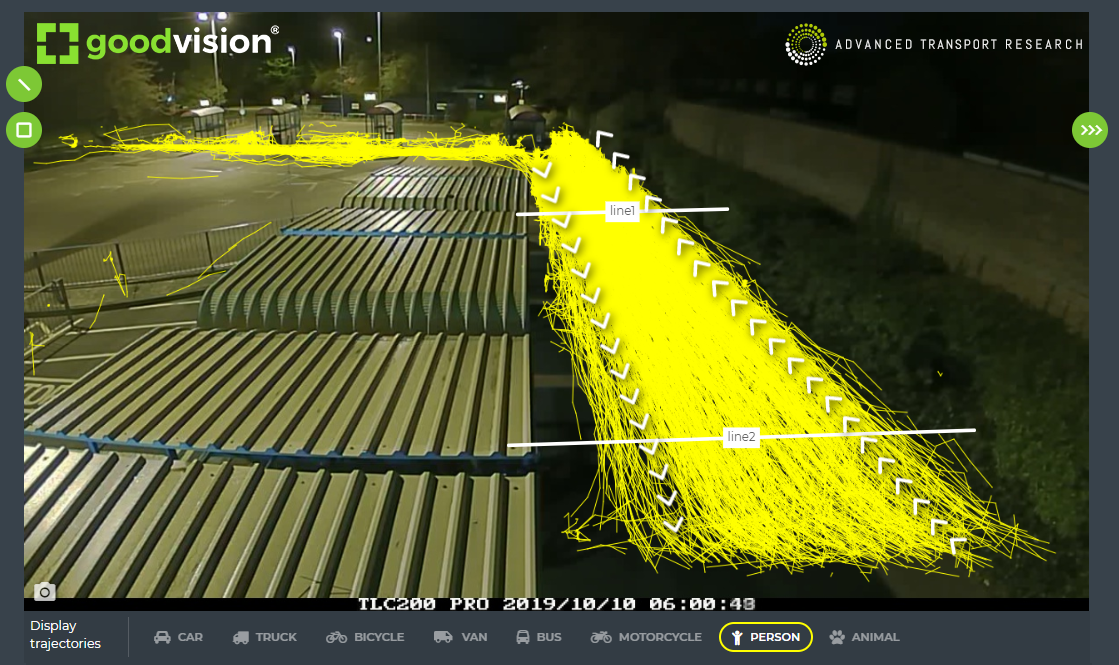 Figure above has been filtered to show pedestrian movements outside the main bus station - as you can see the majority of people are coming straight off the buses and into the hospital. There are very little instances where they take another route. Generally, they come off the bus and go left into the hospital. 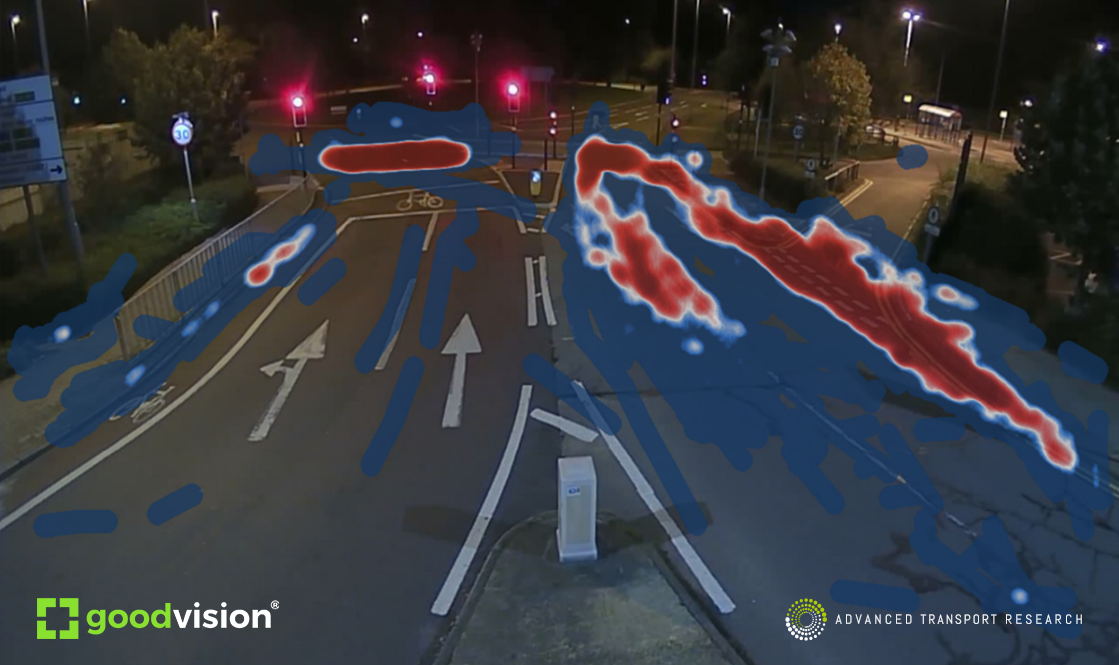 Figure above demonstrates there are a high volume of cycles traveling on the road entering the hospital grounds, they generally show good discipline and stay on the inside lane away from vehicular traffic, however there are still a fair amount that come across the roundabout into the main traffic. Figures below show the detection and tracking capability of the GoodVision Video Insights platform. 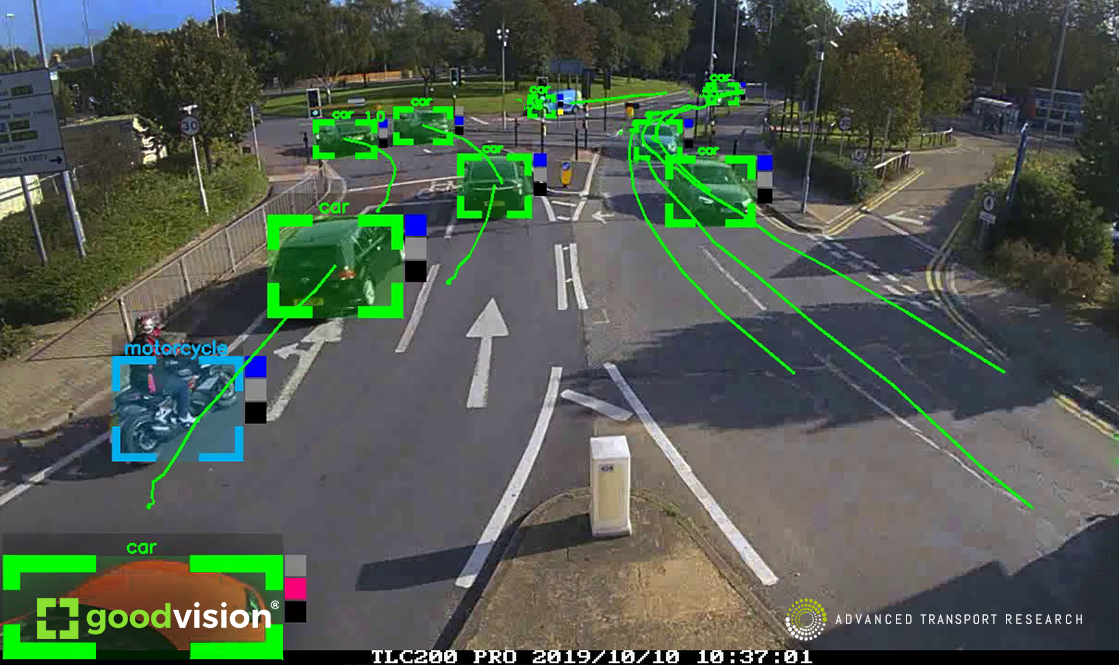 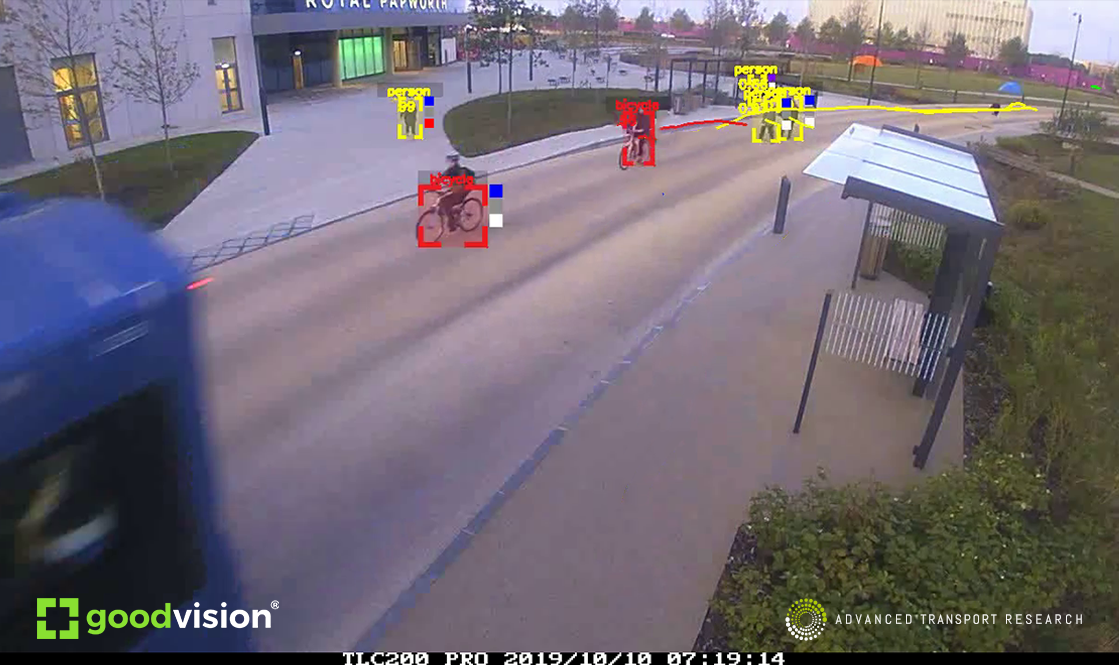 A-T-R is constantly embracing new technology and trends. The ability to offer their clients added value in the form of visual representations to assist and provide graphical outputs to their clients, as well as reducing data turnaround times with automated analysis via GoodVision, has been of a substantial benefit to their clients.

A+S Ukraine is the first transport planning and modelling company in Ukraine. Since 2005, they have...
Read More

Ramboll is the leading engineering, design and consultancy company founded in Denmark in 1945 with...
Read More

Case Study: How to process your traffic video surveys quickly and effectively

Since its beginnings, GoodVision has been striving to help customers from different parts of the...
Read More